The MOPITT (Measurements of Pollution In The Troposphere) instrument was the first space based instrument that targeted measurements of carbon monoxide (CO) continuously on a global scale. MOPITT was launched on-board the Terra mission satellite on December 18th, 1999 and started nominal scientific measurements in March 2000. 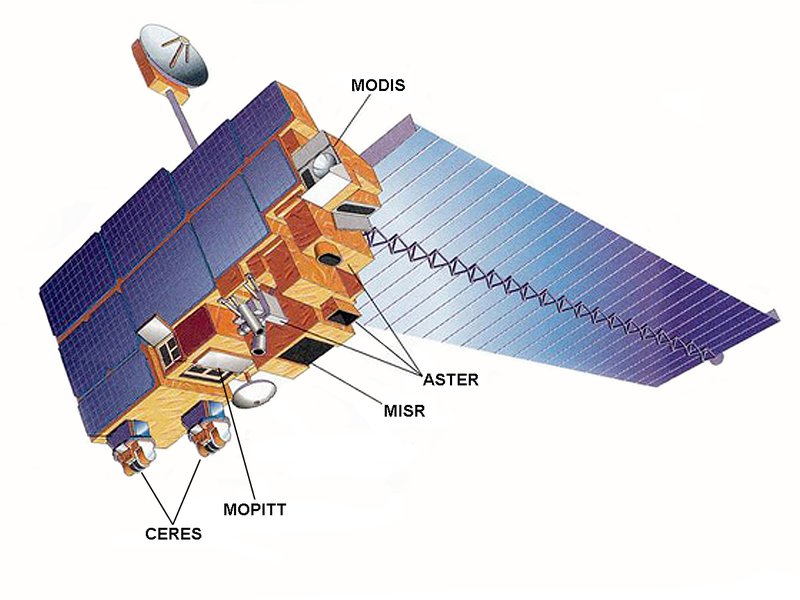 The Terra mission is the first of a series of NASA's Earth Observing System (EOS) program for long-term monitoring of the Earth environment. It flies in a sun-synchronous polar low Earth orbit (LEO) with an orbital period of about 98 min and an altitude of 705 km with an inclination angle of 98.4°, resulting in a nadir coverage from 82°S to 82°N. As an example, a typical one day orbit ground track is shown in the figure below. 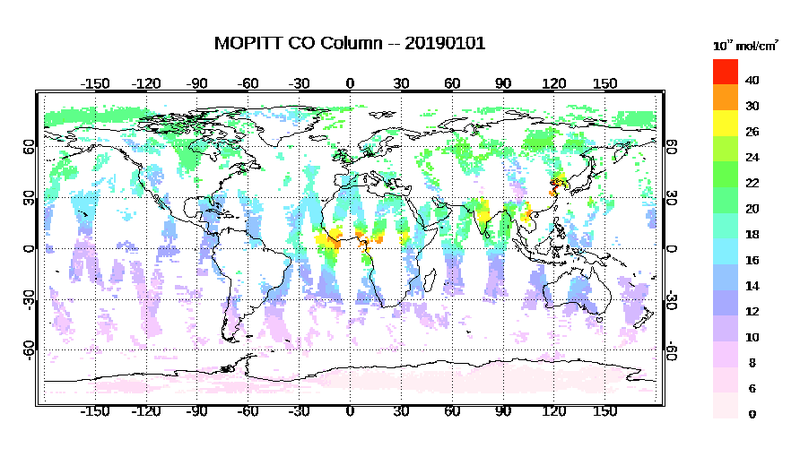 The MOPITT science team is international, having members from Canada , the United States and the United Kingdom . The instrument itself was constructed by a consortium of Canadian companies: COMDEV of Cambridge, Ontario, BOMEM from Quebec City , Hughes-Leitz from Midland and SED from Saskatoon . The instrument is funded by the Canadian Space Agency and was tested at the University of Toronto.

CO has become a favored target gas for space-borne measurements because of its limited lifetime of a few weeks. As such it is a useful tracer for studying pollution transport and associated atmospheric processes. Numerous studies using MOPITT CO data have been carried out including: