CO transport over the North Pacific is a phenomenon that occurs every spring (March & April). The source is Eastern Asia, mainly China, and transport carries CO to the western end of North America (USA and Canada). MOPITT has been observing this event every year since the beginning of the mission in 2000. CO transport pathways likely follow the border between the Aleutian Low and the Pacific High, which together form a quasi permanent cyclonic-anti-cyclonic structure. 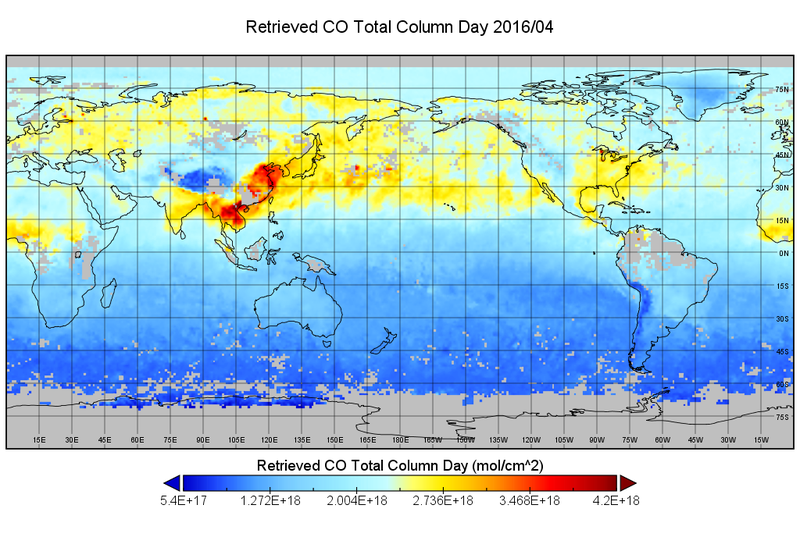 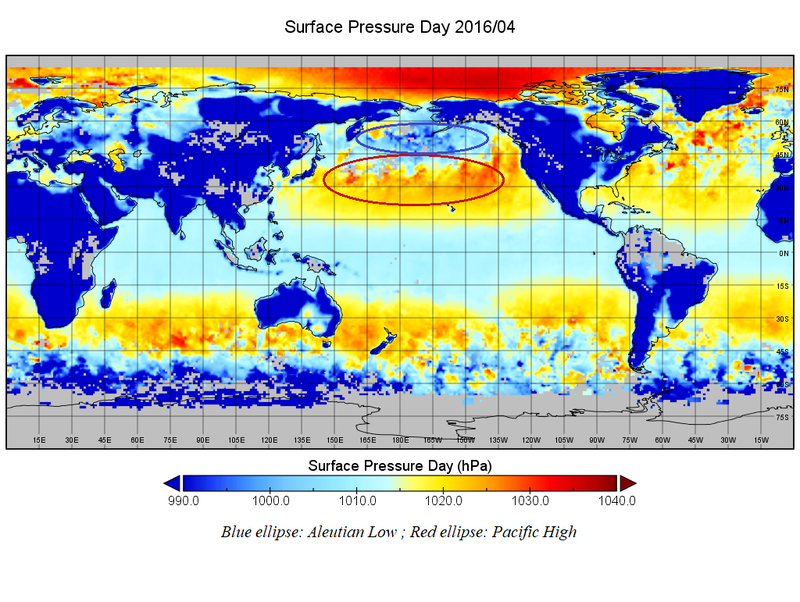 The direction of wind as well as the time to cross the ocean confirms what we can observe in daily plots of total column CO from MOPITT. CO transport in the North Pacific takes a little over a week to cross the ocean. Over a longer period (monthly instead of daily), from total column CO averages it is easy to observe that the spring transport of CO is interrupted around 250o longitude. This corresponds to the location of the Rocky Mountains, which act as barriers to pollution transport. 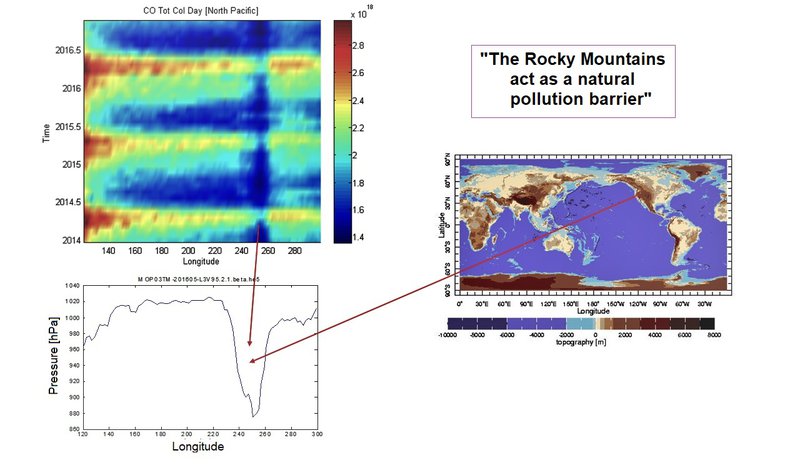