As we're currently in the third decade of MOPITT operations, trend analyses are expected to soon incorporate the 20+ years of MOPITT CO data. As of now, no publications have been put forth for this entire period, but new results are expected soon.

A 15-year record of CO emissions 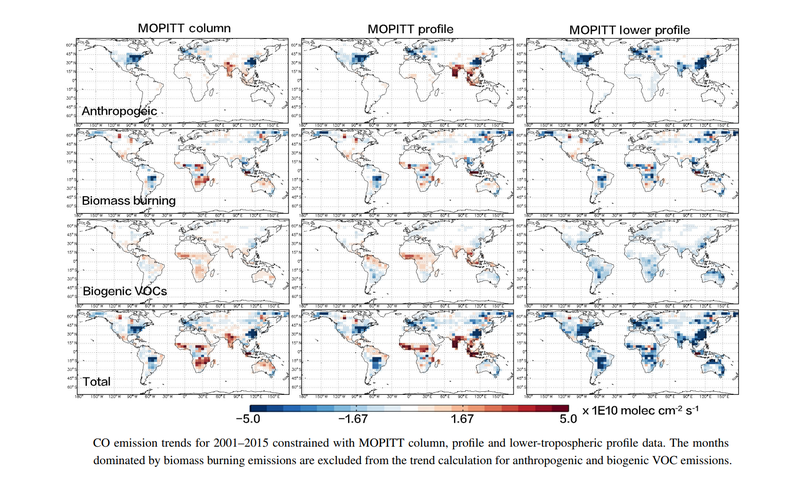 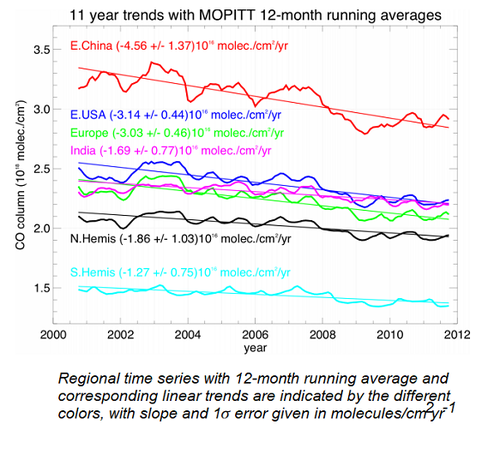 A comprehensive record of satellite observations of total column CO from 2000 to 2011 using available measurements from nadir-viewing thermal infrared instruments is presented in this study as well. The four instruments used are MOPITT aboard Terra, AIRS aboard Aqua, TES aboard Aura and IASI aboard MetOp-A. The figure below shows MOPITT, AIRS, TES and IASI 12-month running average time series normalized by 8/2008–7/2009 average CO columns for the northern hemisphere (NH) and southern hemisphere (SH), respectively, along with linear trends over the MOPITT and AIRS data records. This data shows a remarkable agreement between MOPITT, AIRS, TES and IASI observations. The MOPITT data shows a sharper decreasing trend than the AIRS data records. 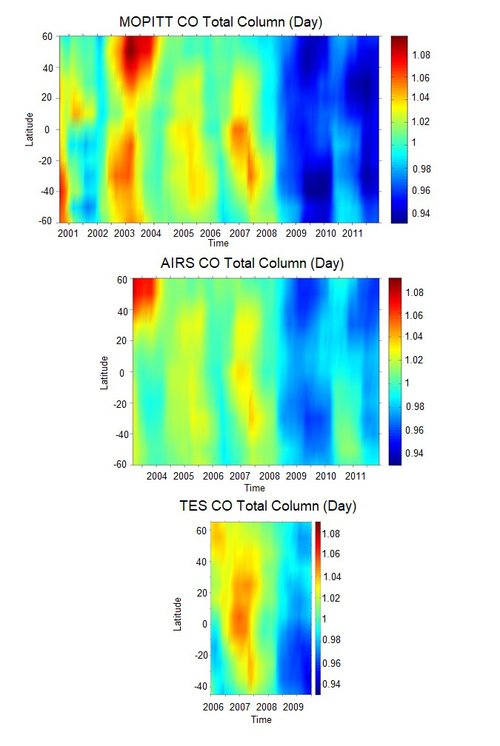 All instruments show a deep decrease in CO measurements in 2009. These variations relative to the zonal average, are almost of the same magnitude at all latitudinal bands. The opposite figure shows the color plot of the ratio of seasonal removed CO total Column, to the CO total Column -Latitudinal Average for MOPITT, AIRS and TES.